One of the 17th Century Mughal Heritage Sites in Lahore’s Old Town is the Wazir Khan Mosque.

Built during the reign of Emperor Shah Jahan, the intricate faience tile decoration of the courtyard façade, called “Kashi-Kari,” incorporates the Persian architecture of the time. Frescoes fill the interior of the mosque’s main prayer hall.

Since 2009, this mosque has been one of the tourist highlights of Lahore, due to extensive restoration work done funded by the Punjab Government and the Aga Khan Cultural Fund.

Our friends from Switzerland and Mexico went for a stroll through the Old City of Lahore.

The Old City of Lahore, also known as the “Walled City of Lahore,” was established about 1000 years ago as a fortified town surrounded by mudbrick walls and gates. During the Mughal Empire, it prospered as the capital city.

Currently, only a part of the city walls remains. However, since 2012, developments have transformed the Old City into a tourist destination, with the cooperation of the Norwegian and US governments. From the Delhi Gate to the Wazir Khan Mosque, tourists can now enjoy the exciting “Old City Walk”!

History by Night at Lahore Fort on the weekend evening.

Although held in Urdu for the general public in Pakistan, this is the only way to enter the illuminated treasure of Lahore Fort, Sheesh Mahal. 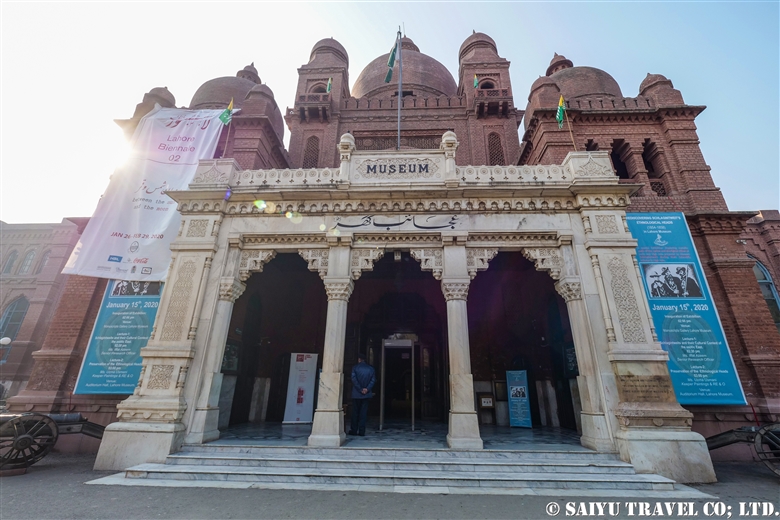 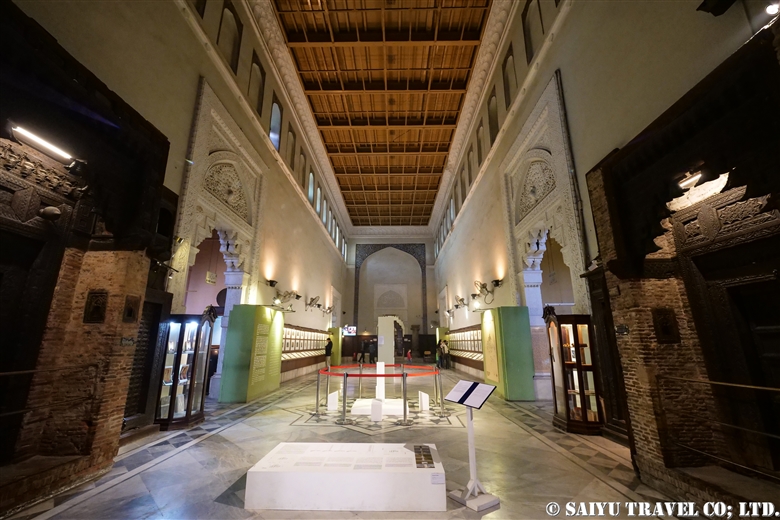 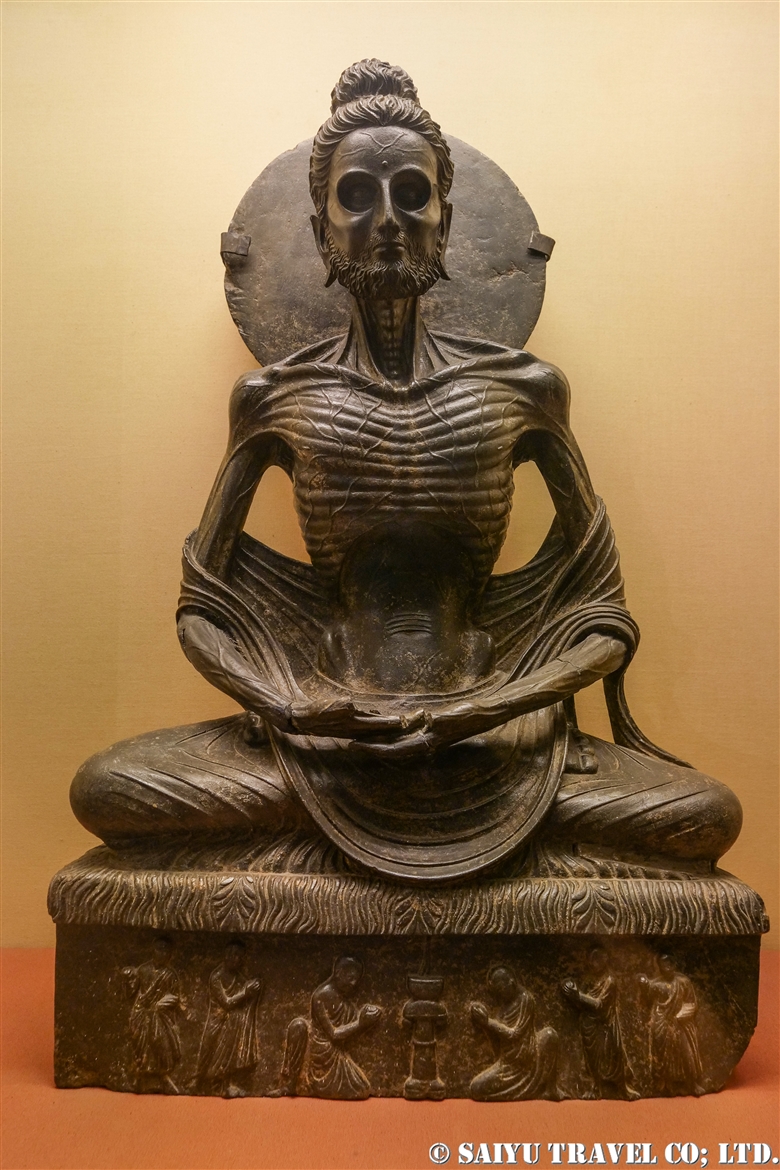 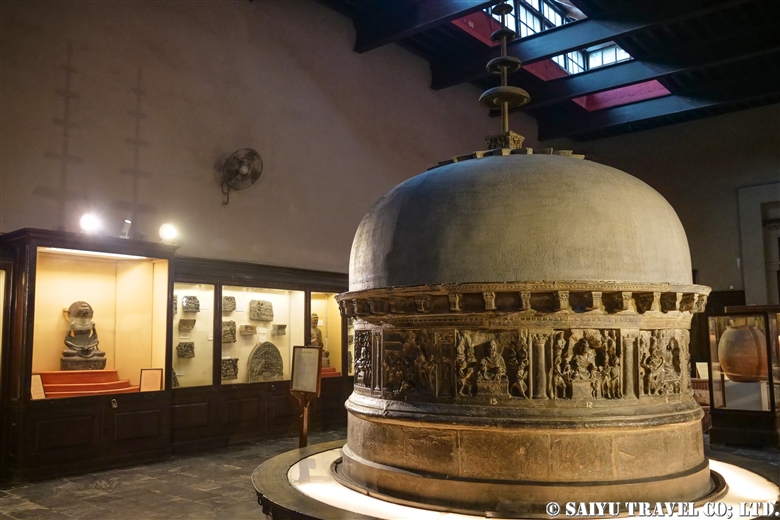 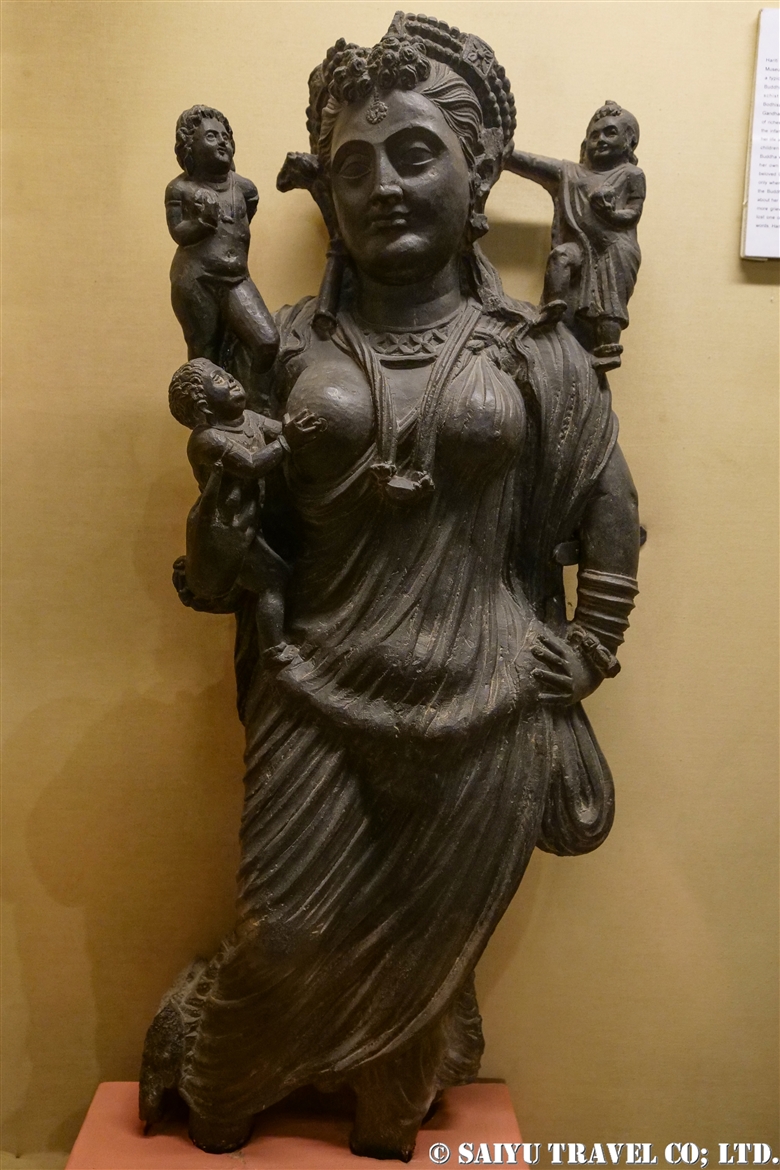 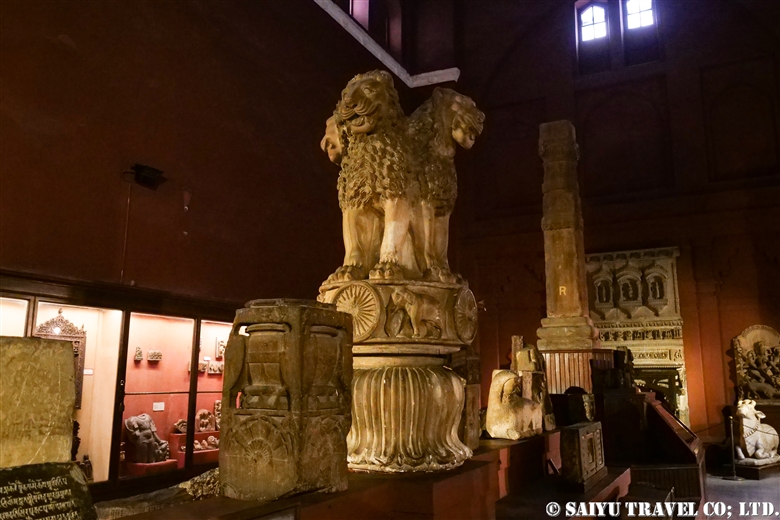 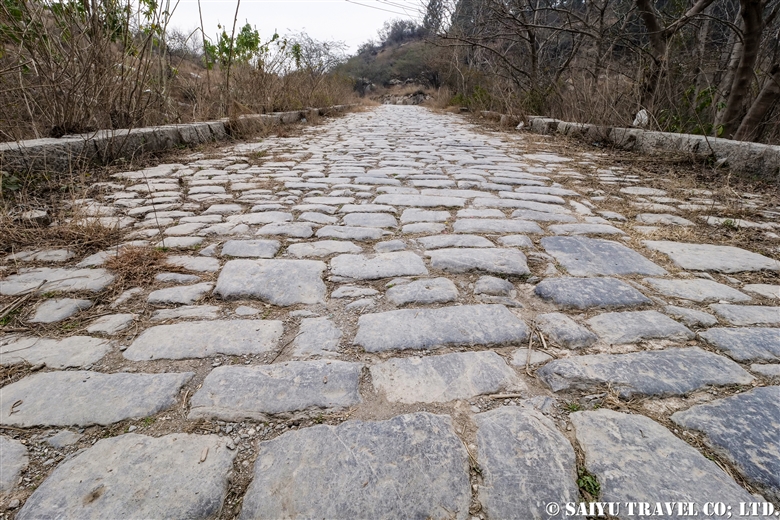 When driving from the capital city of Islamabad to Peshawar, you might be asked “Will you take the motorway? Or the GT Road?”

This GT Road refers to the “Grand Trunk Road” the main road of the ancient Mughal Empire or “The King’s Road” Of course, it looks just like any other modern asphalt road, but it has a deep history.

In the first place, “The King’s Road” = Grand Trunk Road is an extensive network created by the Afghan dynasty Sher Shah Suri who, in the 16th Century, took power after the Mughal Empire and set about improving the roads. During the brief reign of the Suri Empire, the road from Agra to his hometown Bihar (India) was first completed. Then eastward to what is now Bangladesh, the road to Sonargaon was made. And westward to Multan, which is now Pakistan. The Mughal Empire returned and the whole Empire was expanded from the current port of Chittagong (or Chattogram), Bangladesh to the east, across the Khyber Pass to Kabul, Afghanistan, and developed into a vast Mughal Empire.

This “King’s Road” was rebuilt during the British India era. The British launched three invasion towards Afghanistan but failed to colonize it. This section from Calcutta to Peshwar, ending just before Afghanistan, was given the name “Grand Trunk Road” and it remains so to this day.
There are still remnants of the glory days of the prospering “Grand Trunk Road” that have been retained in small pockets.

On the outskirts of Islamabad, there remains a cobblestone road from the Mughal Empire’s Grand Trunk Road. It can be found just beside the more modern GT Roads. The cobblestone road has the traces of wear by carriage wheels that travelled over it for so many years. 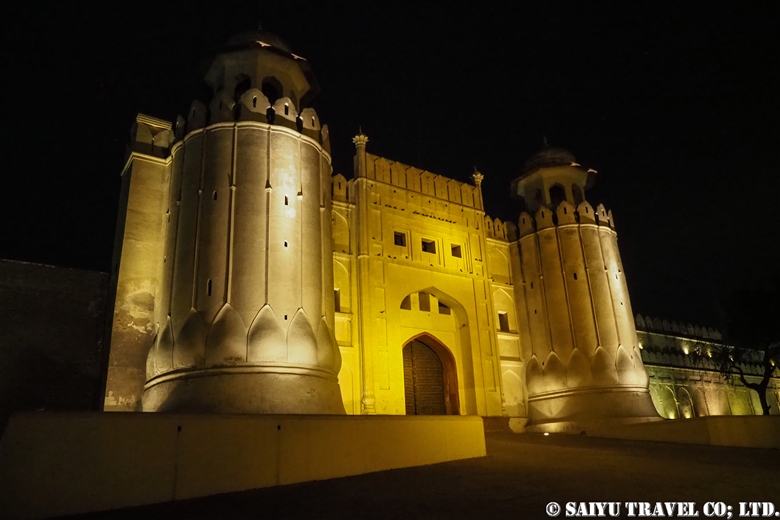 The ancient capital of the Mughal Empire, Lahore. Since then, many buildings have been built on top of the original castle that remains since the Mughal era. This is a photo of the main gate at night, Alamgiri Gate. The Shah Jahan period was when the gorgeous additions were made with the famous Sheesh Mahal “Palace of Mirrors” reminiscent of the prosperous times of the Mughal Empire. 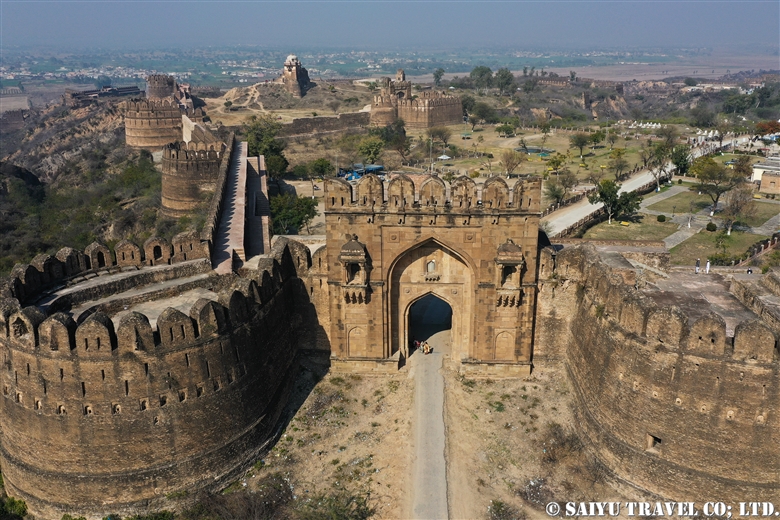 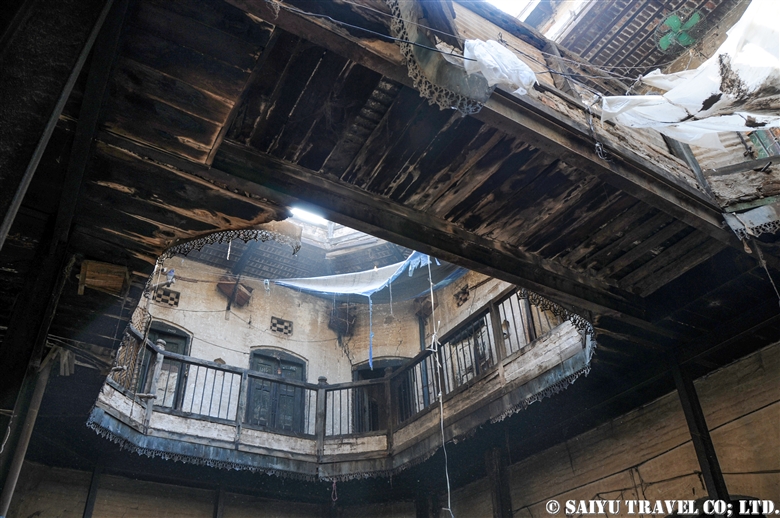 In the old bazaar of Peshawar, remains the caravan serai  which was a place for travelers to rest from their long journey. It was during the old days, that many merchants traveled through here and supported the vast Mughal Empire, and afterwards in colonial times as well. The Peshawar would have been a thriving place with products from all over Central Asia and India. 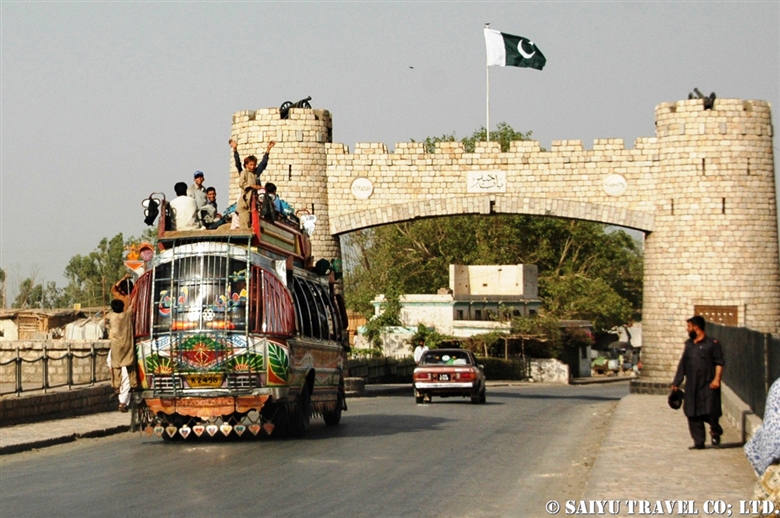 When traveling from Peshawar to Khyber Pass this is the monument and gate that stands at the entrance. On one side of the road is Jamrud Fort, a fort built by Sikhs who invaded an old fort and rebuilt it in 1823. In front of Khyber Pass, which connects between Central and South Asia, you can see the history of the battles that took place between various ethnic groups. After you cross the Khyber Pass, the Torkham boarder and the Grand Trunk Road continues into Afghanistan to the west. 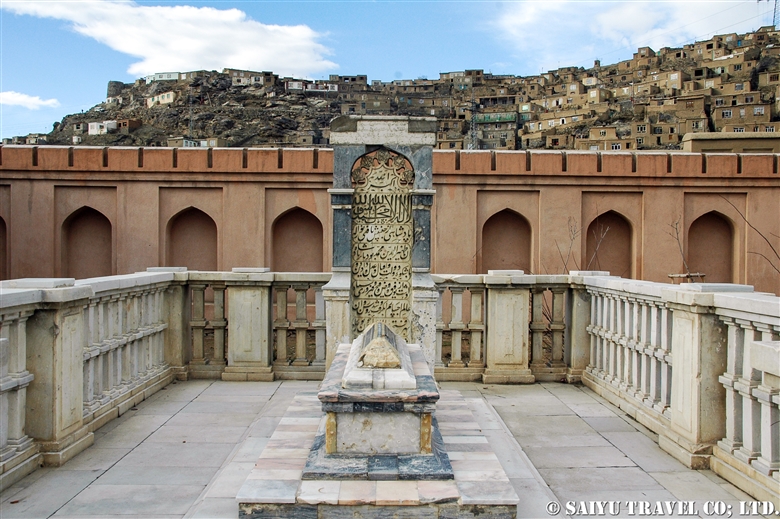 The first Emperor of the Mughal Empire was Babur. Originally from Central Asia, he set up his first base of operations in Kabul, and from there, set up the Punjab Plain, and conquered India, then in 1526 he founded the Mughal Empire as the emperor, in Agra. Just 4 years later, he died in Agra. He wished to have his tomb in his beloved Kabul, so after a war and some years later his family built a tomb in Kabul. (This photo was taken during restorations of Babur Gardens, so now it is even more beautiful to visit and see the elaborate Mughal Empire’s tomb.)

After the war in Afghanistan, the tomb of Barbur was in horrible disrepair, reflective of the destruction of the great Mughal Empire’s war history. The Afghanistan’s Urban Heritage Project to develop the city and revive its cultural identity with Bagh-e Babur, Babur’s Garden. It overlooks the same city that started and ended the Grand Trunk Road. 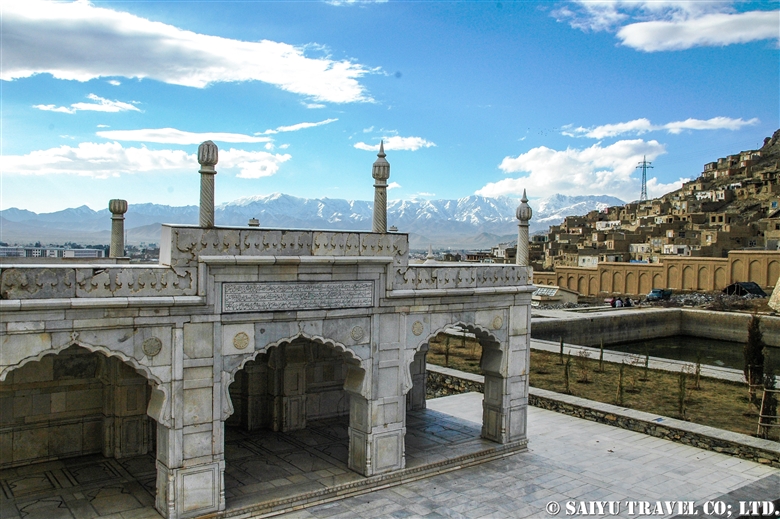 Winter in Kabul, from the Babur Gardens with the tomb of Babur.

※Photos of Kabul are from 2006 and the scenery may have changed since then.
※This article is an updated version of the blog posted in “Salaam Pakistan” in June 2011.

On 19th Feb 2019, SUPER MOON DAY … I was in Lahore and was expecting to observe the super moon, but unluckily it was cloudy !
On the other hand, I successfully got permission to fly a drone over the heritage area.