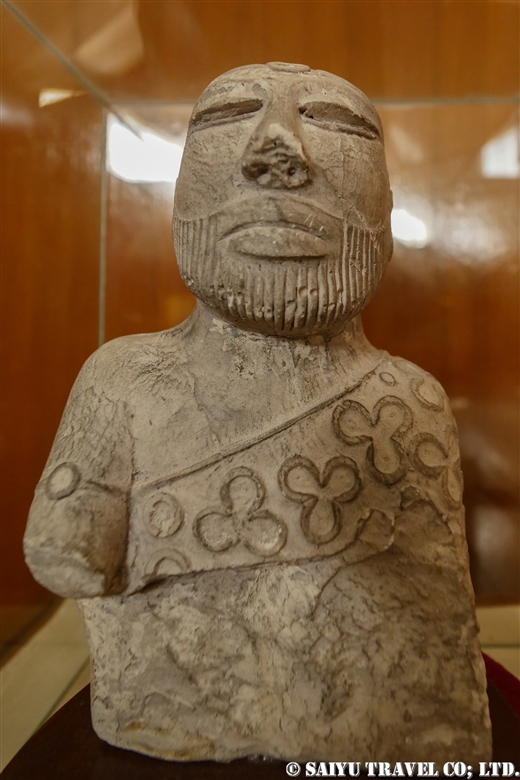 The great excavation of the Mohenjodaro mainly took place between 1922 – 1931. Many of Pakistan’s national treasures that were excavated before Pakistan’s independence in 1947, are stored in museums in Britain and India, but there are some valuable pieces still located in Pakistan.

One of the masterpieces that is housed at the National Museum of Pakistan is the “Priest King” of Mohenjodaro.

Mohenjodaro is the largest city of central Pakistan’s Indus Valley Civilization, which flourished between 2500 BC to 1800 BC. This Indus Valley Civilization was the oldest found in South Asia that eventually developed into the northwestern Indian subcontinent around the Indus River Basin. Archeologists from around the world are slowly revealing the significance of the life of the Indus Valley, but many mysteries remain unrevealed.

Despite the three other languages of ancient civilizations (Egyptian hieroglyphs, Mesopotamian and Chinese texts) already having been deciphered, the characters of the Indus language have not been deciphered yet. It shrouds the origins of their religion and history in mystery, but perhaps the biggest riddle is what caused their decline.

This statue of the Priest, housed in the National Museum of Pakistan in Karachi, is said to be a key in revealing the past relationship of the Indus Valley Civilization’s connection with Mesopotamia, based on the shape of the statue. 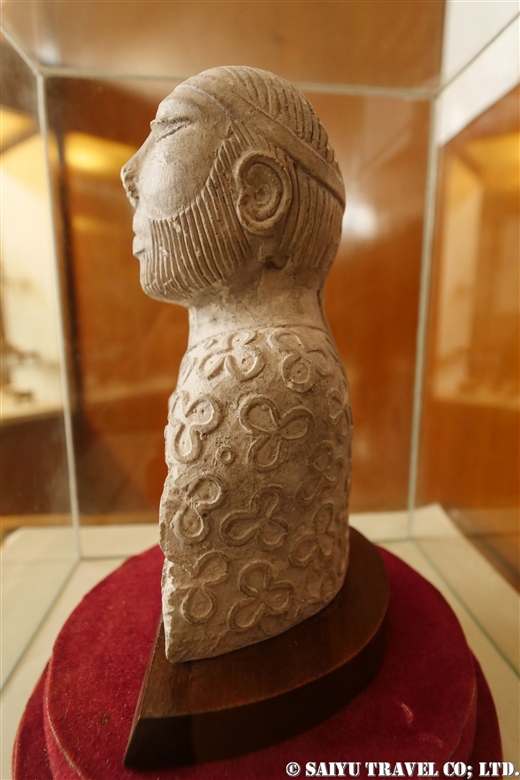 “Priest King” – Mohenjodaro :   Made from white soapstone, the modest size measures 17.5 cm high and 11 cm wide. During the excavation in 1927, it was unearthed from what was probably a noble’s house, a large building from the DK area. 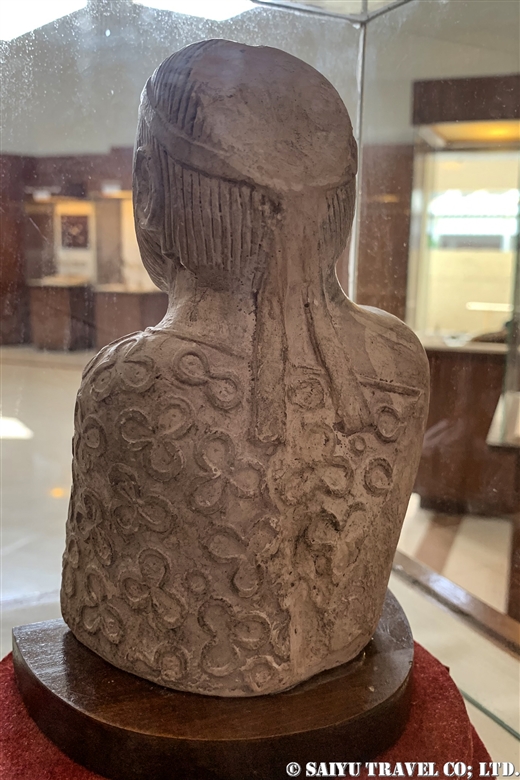 The statue is adorned with a headband with a three-leaf pattern and was given the auspicious name of “Priest King.”

In fact, it is unclear if that is on display at Karachi’s National Museum is real or a replica. According to one theory, the real one is stored in a special vault for preservation, but when you ask the museum guard, they will tell you it is the original ‘real’ thing. So even this is wrapped in the mystery of the Indus Valley Civilization.

※Photography inside the Museum is generally restricted. Large bags are also not allowed to be brought inside.

※This article was originally published as part of an article in “Salaam Pakistan” uploaded in September 2015. 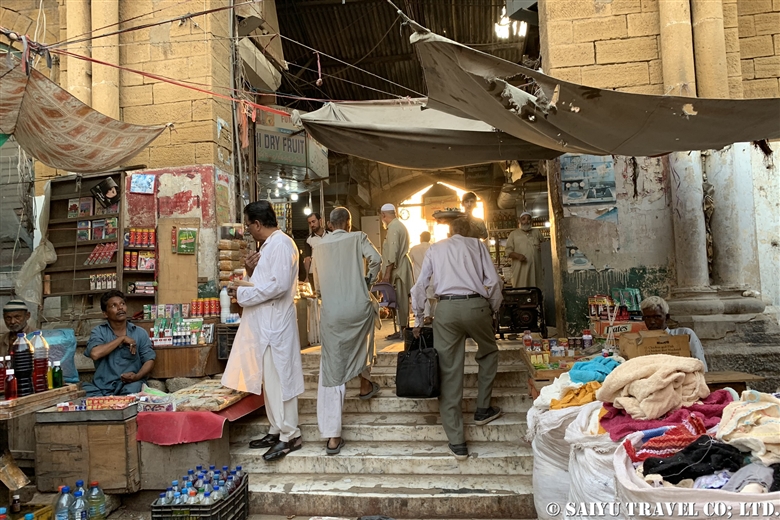 Karachi is not the capital city, but it is the largest city in Pakistan with a population of 16 million but it is said to unofficially be home to 20 million people. In the past, Karachi was an unsafe place due to ethnic conflicts and crime, but in recent years that has changed and things are starting to settle down.

It has transformed itself from a town that was dirty, poor and a place you didn’t want to look at to a really fashionable place with elite neighborhoods. If you compare it to Islamabad, the people are more open minded and the daily cost of living is cheaper so the people who live in the rural areas like  Hunza would rather come to Karachi.
Karachi’s historic and exotic bazaar is the Empress Market. 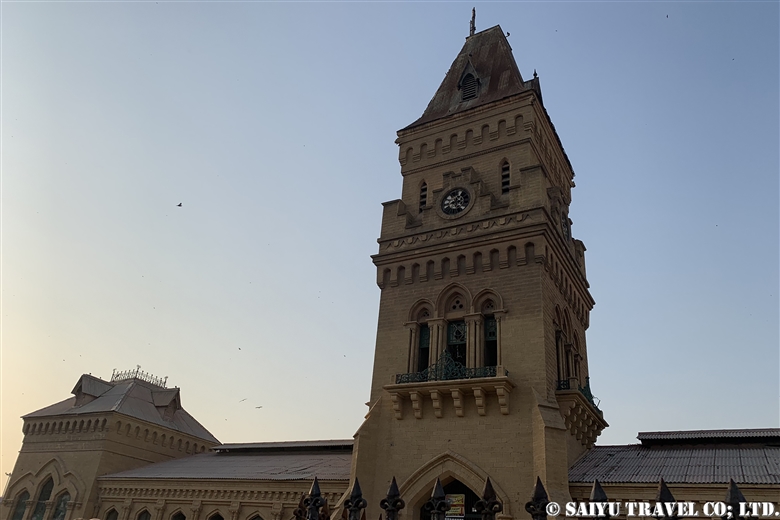 The name “Empress” comes from the market being built between 1884 and 1889, during the reign of the British Indian Empire, so it was named in honor of Queen Victoria.
Located in Saddar, the open air building and clock tower are visible from afar.

The historic architecture is beautiful backdrop for the market. 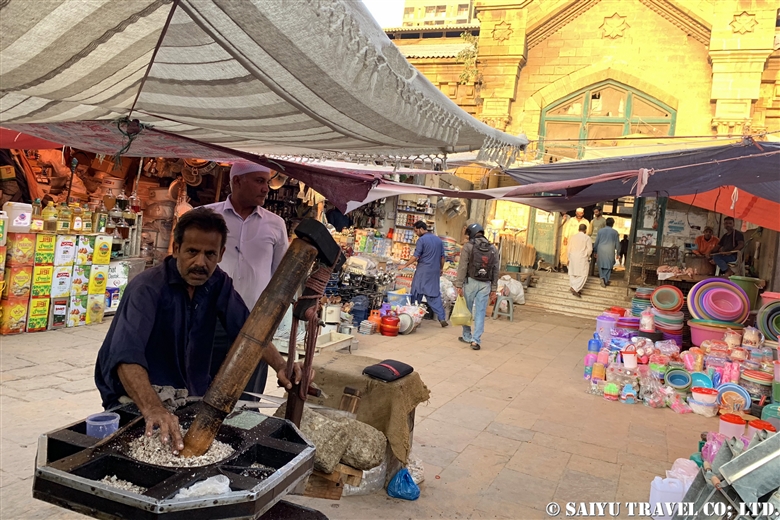 This specialist makes all kinds of oils from various things like coconuts and sunflower seeds. 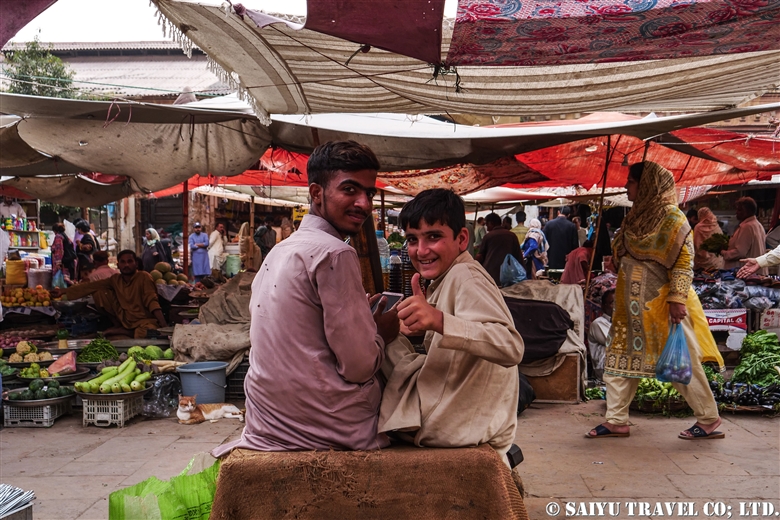 Some young boys in the vegetable market. 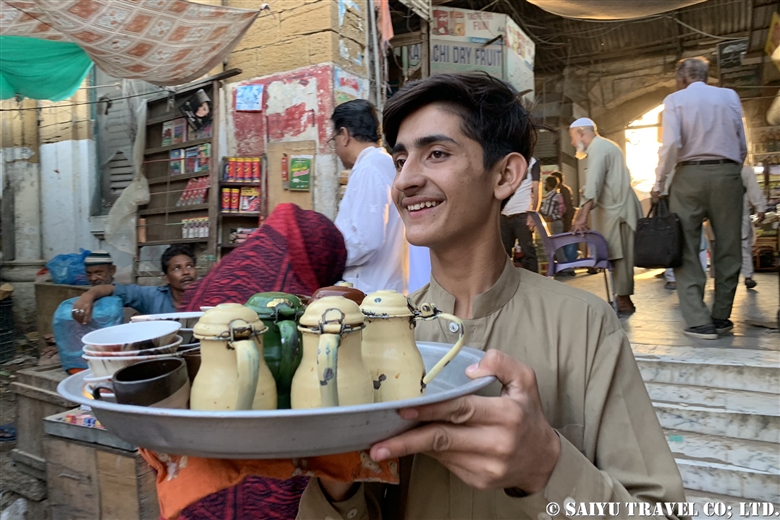 A boy delivers us some Chai tea from the back of the market. 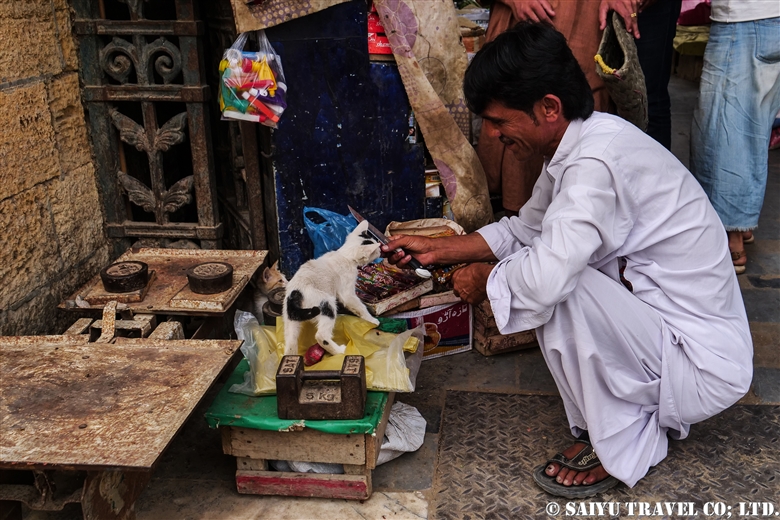 A man cuts pieces of meat off for a kitten. Near the meat market, there are so many cats.

That reminds me that I saw an article in 2015 saying that illegal wildlife sales were happening in this market. Just a few days ago, I saw people catching raptors illegally on the Balochistan coast and trying to sell them to the rich Arabs. It would be nice if the Pakistani Wildlife Department would work harder to stop these activities. 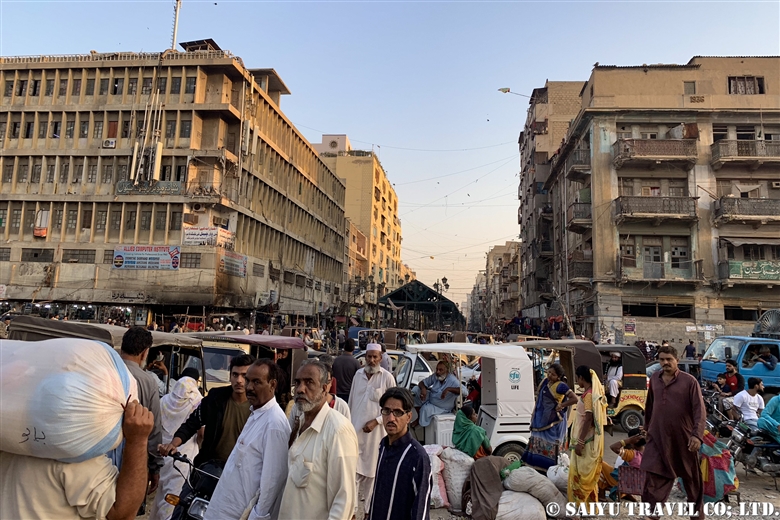 All around the market, there is the hustle and bustle of traffic in Saddar.

If you compare it to before, the security is much better, but it’s still important to be careful about keeping your valuables and cell phones safe.