This is an aerial video of our tour members on the Mud Volcanoes while visiting Balochistan. Mud volcanoes are ever-changing in their appearance, sometimes being active and other times being inactive. I wonder, what side they will show us next season? Looking forward to finding out!

In February of this year, we visited Balochistan with a Swiss-Mexican couple, Lucas and Patricia, and photographer Toshiki Nakanishi. Patricia made a wonderful travel Vlog of our travels. Narrated in Spanish with English subtitles, please see her video, as seen by the tourist.

Patricia is a wildlife photographer. Before coming to Pakistan, she was asked many times by her Swiss friends, “Pakistan? What wildlife is there to shoot? But isn’t it dangerous?” And now, after having been there to see for herself, she made this video “to show everyone the beauty of Pakistan and our journey there!”

And now, due to the Covid19 Pandemic, in the era of #stayhome…Patrica said “Now, I have lots of time!” Patricia, thank you for opening a way for the future of tourism in Pakistan! 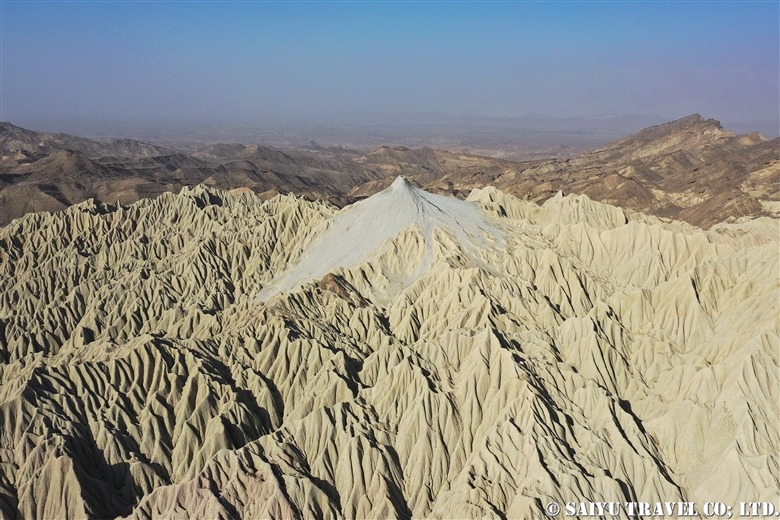 A Buddhist ruin, located in Balochistan … though its existence is still a mystery …
This bygone site is known as, “The Cave City of Bela” or “Cave city of Gondrani”. It is located on the outskirts of the secluded town of Bela, where you have to go by a 4WD vehicle or walk across the river.

Till this date, we still don’t know the details and the exact history of what these ruins were or for what purpose they were built and from which era.
However, it is said that it is one of the remains of a Buddhist monastery from around the 8th century when it was a territory of a Buddhist kingdom.

The front side is a terrace and there is a room behind it.

A closer view. I had a strong sense of déjà vu when I first came here. It reminded me of a cave of Bamiyan Valley in Afghanistan. The difference from the Bamiyan was that in Bamiyan the caves were with Buddha and some wall paintings and ceiling decorations, but here there were no decorations at all.

As you walk along the path created by the flow of water, the caverns would eventually become smaller and distorted. Some of the caves have hardly remained in shape due to weathering over many years.

I touched about the Buddhist cave in Afghanistan. This is a panoramic view of the majestic Bamiyan Caves. There are over 750 caves spread over 1300m long cliff. These caves started to build from the 5th century and are considered to have reached their peak in the 6th and 7th centuries and ended in the 8th and 10th centuries. Wall painting and decoration remains on the terrace of East Buddha, on the right side of the photo.

Some people lived in the cave to take refuge during the recent war. There was also a cave with a black ceiling due to fire.

Unlike the Gondrani Caves, the Foladi Caves have beautiful ceiling decorations such as “Laternendecke”.
Above all, we hope that Gondrani (Bela) Cave city’s historical survey will be conducted soon. So that this uncharted place gets historically recognized throughout the world.